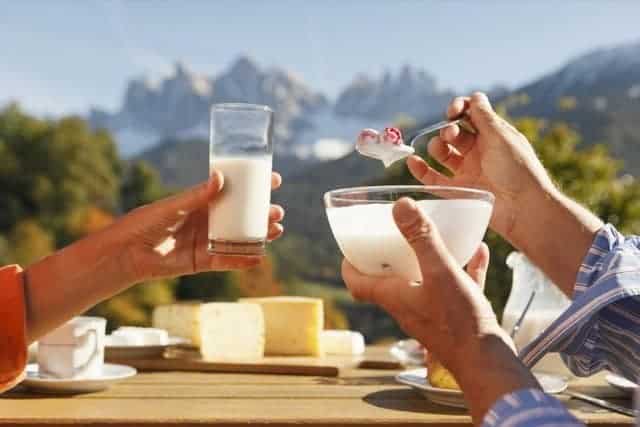 The goodness of milk to discover South Tyrol by bike

Did you know that cows are bred in South Tyrol in Masi, who are family farms owned, located between 800 and 2,000 meters above sea level, with an average of 13 cows in the barn, and it is to them that we owe the extraordinary milk South Tyrol? 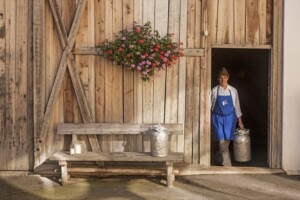 The farmers know the name of every cow and cause the milk arrives at our refrigerated within 24 hours of milking. Every day, even weekends. This makes the milk and cheese, exceptionally good and wholesome.

The path that we present will allow you to see most of the valleys of South Tyrol, admire breathtaking landscapes, and find out how the work of farmers is essential to preserve the land and its beauty, appreciating the milk and all that derives from it . 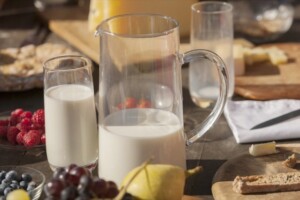 You can find out how to hide the different flavors and aromas depending on the valley or the locality in which it is manufactured and produced. This is due to the diversity of grasses that the animals eat, the water we drink and even the great experience of master cheese makers who transform wisely and with love what the nature of this beautiful land has to offer.

THE FIRST TWO STAGES OF THE MILK TOUR

The ” South Tyrol Milk Tour” starts in Bolzano to the dairy MILA, the largest dairy farms in the Province, are the 3,330 members who bring their milk, and a visit to his shop is mandatory! 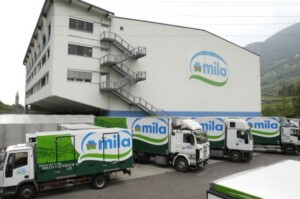 Here you will find everything we need, yogurt first, to recover (in advance!) That consume energy during the day, maybe even eating a piece of cheese Stelvio DOP, the only Tyrolean cheese that bears the mark of Protected Designation of Origin and that is also produced by Mila dairy (Milk Mountain South Tyrol – Innsbruck Street, 43 – 39100 Bolzano). 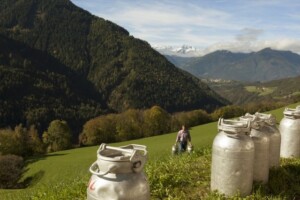 Once started from Bolzano, the path runs along the old stretch of the Brenner railway, with bridges and tunnels perfectly lit until Prato all’Isarco and then continuing is exceeded, Cardano, Barbiano, Villandro to get in Chiusa, with its medieval village, and the monastery of Sabiona, what can be considered the spiritual home in the Tyrol and is still inhabited by nuns.

he Benedictine nuns, devoted to the contemplative life, living in a rigid enclosure, but also accommodate pilgrims and in the summer the guests in their hotel. The sisters live in gardening, farming, fruit growing and wine, but also of hospitality. After the visit, continue until you get to Bressanone, to admire the old town with its imposing cathedral, its arcades and rides like the Karlspromenade: a historic promenade built in 1903 in memory of Emperor Charles I of Austria , which he used to walk here during his stay in the South Tyrolean town. After Bressanone, continue following the path Eisack, for about 6 km until the Augustinian Abbey of Neustift. 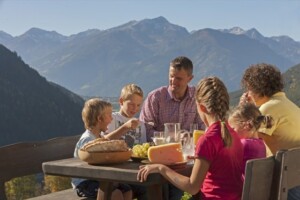 f this architectural complex also belong the library of the monastery, the Way of the Cross Gothic fountain and the Basilica of the eight wonders. In addition, the abbey houses a wine cellar where you can taste and buy wine. In front of the abbey is the chapel of St. Michael, also known as the “Castle of the Angel” for its architectural features, reminiscent of the eponymous Roman building. From Neustift in Varna, the stretch is very short, and, once there, we refreshed with one of the famous mozzarella, or with a glass of milk, dairy products in BRIMI – Centro Latte Brixen (Brennerstraße 2-39040 Varna) where all days almost 1250 members from 350,000 to 500,000 grant liters of milk produced in the area. After being taken and having tasted the freshest dairy products, we return to Bressanone and prepare to spend the evening on the second day of our tour.

Departure by train to San Candido, where you ride uphill on a dirt road up to Sexten along the path of the valley of Sesto, which in the winter becomes the path to cross country skiing. 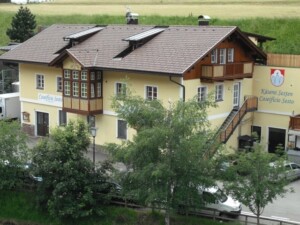 In addition to the Dairy Sesto (Via the Target 6-39030 Sesto), winner of numerous awards, where he works exclusively milk produced in farms above 1300 meters which gives rise to tasty cheeses strictly GMO-free, as all the milk produced in South Tyrol we suggest you to visit the little church in the woods, built during the period of the Great War and try to see if the famous “sixth meridian” is on time. The sundial is formed by the peaks that surround the country, so based on the top that is affected by the sun, you can know the time. Obviously, for the most willing a “run” on what is the symbol of the area, the  Tre Cime di Lavaredo, is absolutely proper! 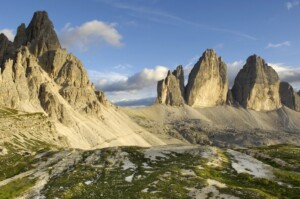 Go back along the same path as the path to Dobbiaco Pusteria, town situated in a strategic position at the crossroads of the roads that go from Munich to Venice and Val d’Adige to the Drava Valley. Gustav Mahler appreciated and enjoyed the beauty of Dobbiaco, and its magnificent lake with spectacular reflections of the mountains which surround it, in fact, the composer, from 1908 to 1910 he spent his summers here. Even today, the weeks are a musical tribute to the great composer and represent an event of international renown. 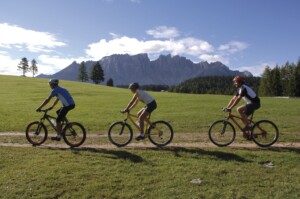 Internationally renowned for the quality of products and its magnitude, although the Dairy Three Peaks with the adjoining Museum Mondolatte, so here you can not only taste one of the cheeses or enjoy a little ‘milk (11,000,000 liters) that the 180 members of the dairy deliver each year (Tre Cime – Mondolatte, via Pusteria 3 / c, 39034 Dobbiaco) but you can satisfy your curiosity to know everything about the process that leads to creating such a great product and genuine. 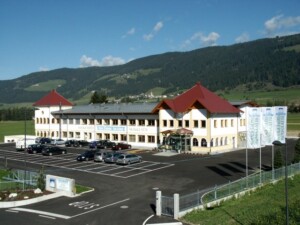 After Toblach you cycling until Brunico 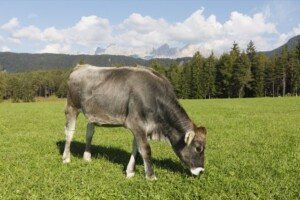 The products of DAIRY ASSOCIATION IN Alto Adige, can boast of the eco-Alto Adige / Südtirol which is the guarantee of:

• Milk coming only from the mountain farms of South Tyrol

• Repeated quality control, from milking the farms to processing dairies

• livestock husbandry and health of its

We recommend to bring your own sleeping in RED ROOSTER circuit: you can choose between 1600 Masi South Tyrol. There’s something for every budget and for every taste. Most of them have a stable and supplying dairies South Tyrol, to which the experience of the tour will be full of milk.