Viagginbici.com > Family on bikes > TREVISO – OSTIGLIA: ALONG THE OLD RAILWAY

TREVISO – OSTIGLIA: ALONG THE OLD RAILWAY 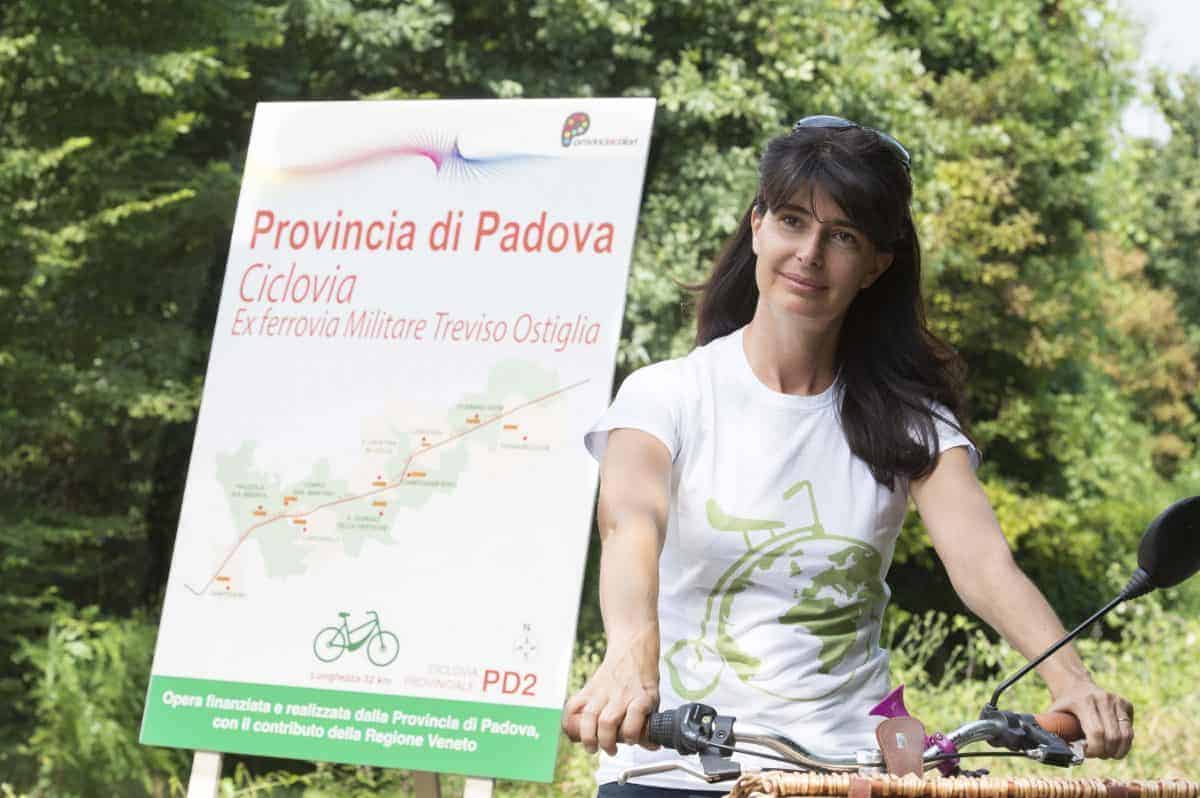 Treviso Ostiglia path is viable from Treviso, in Veneto the Region on north of Italy, throughout the Province of Padua, to the border with the province of Vicenza for more or less 50 km. The famous Treviso Ostiglia is located on the old disused railway which ran until the Mantua gates.

The Treviso Ostiglia (116 km) has a troubled history with all the events from the beginning. It was to be a railroad crossing transversely along the Veneto Treviso provinces of Padua, Vicenza and Verona to stop in Mantua. It was created for strategic purposes, in case of war with Austria, and his work began in the twenties. The parliamentary battles that followed many and which delayed its implementation, revolved around the track.

There were those who saw no reason to go through secondary importance town and who we saw a great opportunity even for commercial purposes to areas more distant from major population centers. Unfortunately it was short-lived completed in 1941 was bombed in subsequent years.

Have followed various usage scenarios, among them also to make a road. Local governments, institutions and associations in the area, coordinated by the Province of Padua, have dominated the desire to create a pedestrian trail that represented an opportunity for residents and cyclists. 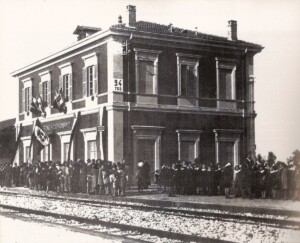 “By involving all the institutions of the territory, – says Barbara Degani President of the Province of Padua-the other provinces affected by the route as well as the Ferrovie dello Stato, began work to make the heritage of all this beautiful path. For this reason, the completion of the work in Padua territories(32 km) of Treviso Ostiglia is a historic moment, because so many battles have been made and with the commitment and goodwill of all is a dream come true. ” 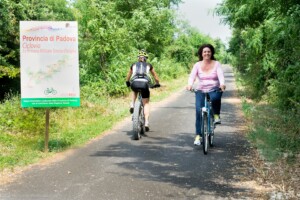 A wonderful green corridor that cuts through the Venetian plain opening up here and there steeples, houses, villas in the Veneto and old rail toll. The restructuring and transformation of the railway has brought to light all works such as bridges and viaducts that make a pleasant bike ride allowing you to enjoy to discover this wonderful part of the Po Valley has so much to offer everyone. 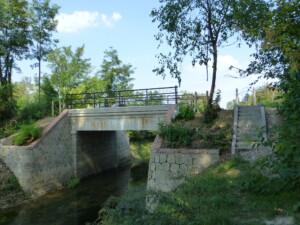 It starts from Treviso and cross the municipality of Quinto and then get to Morgano. Here in the village of Badoere the “Barchesse Villa Badoere”, are what is left after the destruction of the magnificent villa. Arranged a semicircle around a square famous for its antiques market, consist of arched arcades surmounted by a close-up. 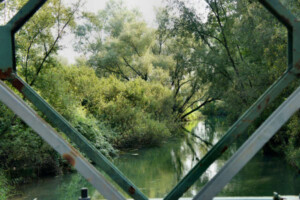 Continuing in the Province of Padua from Trebaseleghe you get to Levada village of Piombino Dese, and here stands Villa Marcello, a building of the sixteenth century a Venetian noble family is known for being the birthplace of the musician to a Doge of Venice founder of the Conservatory, the Benedetto Marcello. In the center of Piombino Dese, instead there is a Palladian Villa “Villa Cornaro” embellished with frescoes.

Continuing to ride you can see even the old rail toll not yet reused.

The last few miles of the stretch of Padua Treviso Ostiglia go to Piazzola sul Brenta. Here Villa Contarini is a must. One of the largest villas in the Veneto has a history that began in Thousand to continue to the present day. Today is the scene of concerts and events of great cultural. 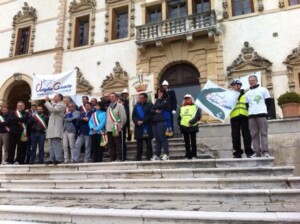 Back on the path that leads directly toVilla Contarini  the old Toll Rail Piazzola sul Brenta, that today has been restored but is still not used to anything. From here you take the Treviso Ostiglia for about 7 km.

The path ends in Bevadoro of Campodoro. It will be up to the province of Vicenza and Verona provide for the completion of what could become the longest cycle and famous in Italy. 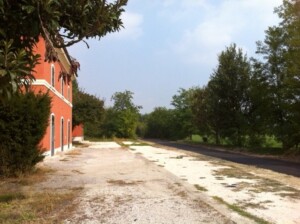 The route is flat and suitable for families.

You need to bring water with you and every kind of comfort because there is nothing equipped along the way, you must reach the little villages.