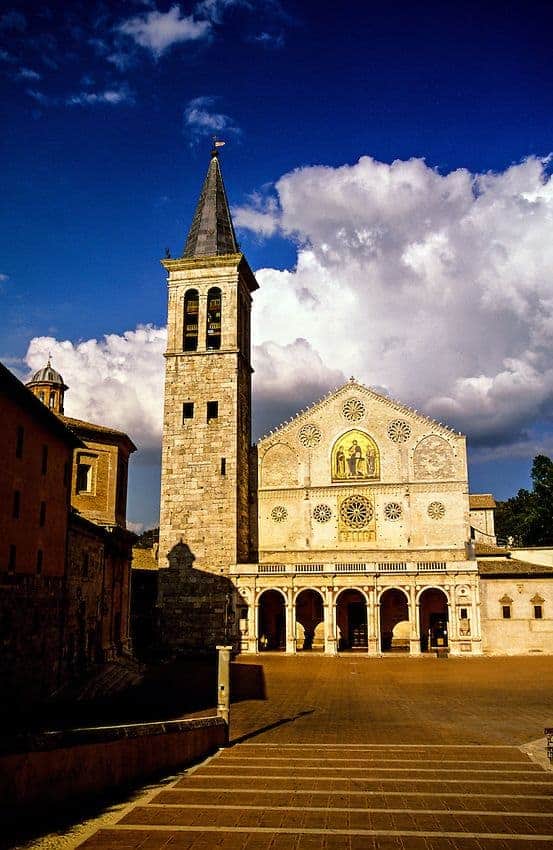 In the ’20s, when it was inaugurated the railroad, to go from Spoleto to Norcia in second class they served 11 pounds and 70 cents. Most wealthy traveled in first class for 17 lire and 70 cents. Just over 50 kilometers to go in about two hours, at a maximum speed of 60km / h.

Today, instead, to travel it by bike it takes a little ‘more time, but it costs nothing and will allow you to live a unique experience. As you can see we came to ride the route of the former railway Spoleto-Norcia, one of the most fascinating in central Italy, but low difficulty and therefore available to everyone, or almost.

Before you start cycling, just a bit ‘of history, just to understand what has been this railroad and in what scenario we will forward today with our bike: the railway was opened in 1926 and, for the time, it represented a real engineering masterpiece, with as many as 377 works of art created in a little over 50 km, including winding tunnels and the daunting bridge over the river Cortaccione. In total the route there are 19 tunnels and 26 viaducts and even if the maximum altitude of the track is only 625 meters s / m, the line has all the features of a high mountain route, mainly due to the configuration of the local landscapes .

The railway was closed in 1968 and, after many years of disuse, in July of 2014 on the old pavement was inaugurated the current pedestrian path, now viable for 34 of the 51 km effective. For the detail of the traits viable, which unfortunately are not all continuous, you can refer to this link

The route starts just outside Spoleto, along the road leading to Forca di Cerro. The track is a dirt road well beaten in the first part and a bit ‘more moved in the second, then we recommend the use of the bike. You can ride with a touring bike, but especially in the downhill section to Sant’Anatolia di Narco you’ll have to pay attention.

Plus, do not forget that there are several dark tunnels, which can only be addressed by bringing with you a front light or a flashlight. 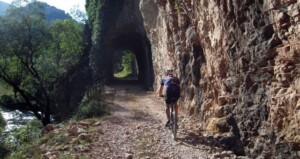 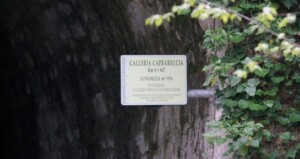 The first 10 kilometers of the route are climbing steadily, always very smooth and not more than 5%, as the train was passing here once and could not face higher slopes. Including viaducts and tunnels you reach the summit at the long gallery of Caprareccia, which marks the transition in Valnerina: it is a gallery of nearly two kilometers, of great beauty, but you can only deal with a front light or a torch as inside is completely dark … 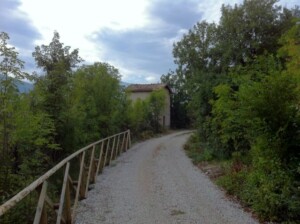 The descent to Sant’Anatolia di Narco is spectacular, with beautiful views of Valnerina and fascinating passages within the winding tunnels, which were built in the years when representing true masterpieces of engineering. Once in Sant’Anatolia di Narco you must cross the SS685 Valnerina (pay attention to traffic) and then resume pedaling towards Norcia, now on a flat course, which flows in the valley along the Black River.


After the village of Castel San Felice you get to Piedipaterno (km23,3), today last place reached by the itinerary of Spoleto-Norcia. Hence, for now, we recommend that you do return to Spoleto tracing back the old railway or by climbing along the hairpin bends of the old SS395 of Forca di Cerro, that today it is almost entirely traffic-free and has no steep slopes. 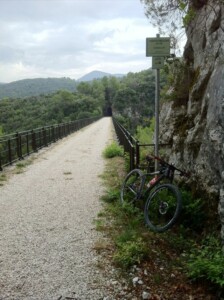 If you want to get up to Norcia, you’ll have to get on the SS685 Valnerina to Borgo Cerreto (the stretch Piedipaterno-Borgo Cerreto has already been recovered, but currently there is some construction going on so it is not walked on); from here you can reimmettervi on former railway for another six kilometers, very beautiful and charming, but then you have to leave again until Serravalle (again, you’ll have to pay attention to the traffic, because the main road is quite busy and has some galleries). Serravalle can resume the bicycle path for the last five kilometers leading up to Norcia, at the foot of the Sibillini Mountains.

The trail is open year-round, but the best times are definitely spring and autumn, when nature dresses in beautiful colors. However, contrary to what happens to other tracks, you will not find great difficulty even in summer, because the shadow of the woods and the coolness of the galleries will not make you suffer the heat

Finally, we remind you that right along this track, on September 6, will take place “The Spoleto-Norcia … mountain bike”, an event to discover together the beauty of this corner of Umbria. All information about the event can be found at this link http://www.laspoletonorciainmtb.it/spoleto-norcia-in-mtb/