VIA ALGARVIANA: A GREAT BIKE ROUTE IN PORTUGAL 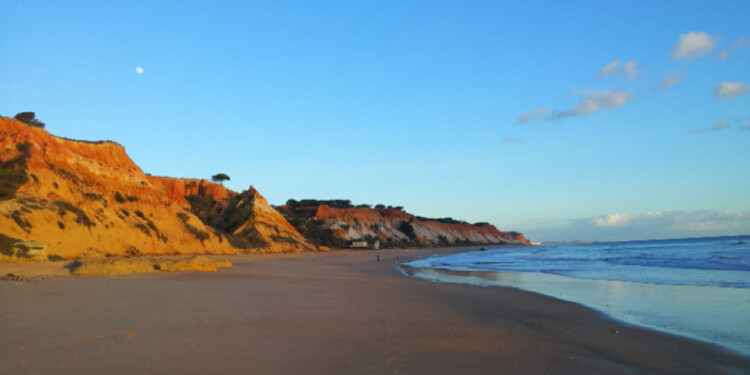 VIA ALGARVIANA: A GREAT BIKE ROUTE IN PORTUGAL

The Algarve, the southernmost region of Portugal, famous for its beautiful beaches (one of these is the Marinha), which in past centuries was a world-renowned center of learning with regard to cartography, has always been considered a region devoted to the sea, and it is certainly true, but we invite you to discover www.viagginbici.com of its interior, following the ancient Via Algarviana. .

The route originates from an ancient religious path, followed by the pilgrims on their way to Promontório de Sagres, the place where they were found the relics of St. Vincenzo. From Alcoutim, near the Guadiana River, near the border with Spain to Cabo de São Vicente, the path winds of almost 300 km divided into 14 sections, which at the beginning and at the end of which you will find accommodation and catering .

Everything is designed so that everyone can follow the route at your own pace, or choose the traits that considers more interesting. 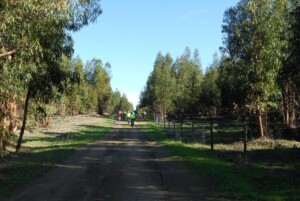 TROUGHT 11 MUNICIPALITIES OF THE ALGARVE

The path, starting from Alcoutim crosses 11 municipalities of the Algarve, revealing the beauty of the hinterland of this region, which was occupied by the Moors in the remote centuries who have left important traces in the customs and in architecture. 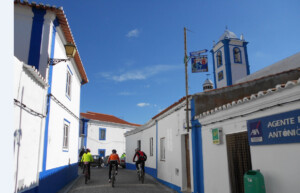 Alcoutin let you cross the Serra do Caldeirão area of ​​production of cork and rich in traditional villages. After passing São Bartolomeu de Messines, the trail follows the course of the Ribeira do Arade, a stretch of incredible beauty. Once in Silves is a mandatory visit to the capital city of the Muslim kingdom, and his castle. 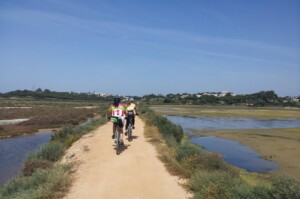 The Silves Castle is one of the most remarkable works of military architecture that Arabs have left evidence of their domain. This fort is situated on the highest point of the hill on which the city. The manor is surrounded by an imposing wall of clay, covered with red sandstone – the Silves stoneware, and occupies a total area of ​​about 12 thousand square meters. Once out of the town we head towards the Serra de Monchique, in the area of ​​production of 70% of oranges Portuguese, whose wonderful views can be admired from Picola or Fóia, the highest point of the Algarve and from where you can see both coasts of the country. 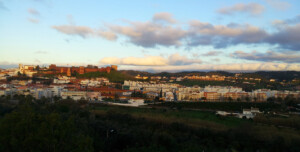 After going through nearly wild areas, you begin to feel the smell of the sea and the Via Algarviana comes to an end in the Parque Natural do Sudoeste Alentejo and Costa Vicentina. Here the beaches alternate with steep cliffs, where erosion, over time, has given many different shapes and colors.

The road climbs up to the extreme edge of Portugal, and Europe, the Cabo de São Vicente, 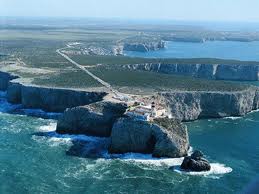 the “Sacrum Promontorium” of the Romans, where it was believed the gods assemble themselves together. Here comes the furious ocean, driven by strong winds, which in the sight of the coastline subside and allow the waves of tourists to relax and swim, although in somewhat fresh water. 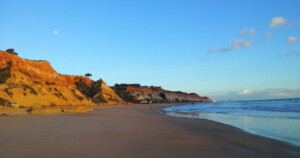 THE SCENTS OF PORTUGAL

All along the route there fills the eyes of the beauties and you can catch the smell of vegetation, among which rosemary, lavender, and fennel, and even some orchids. The road often along rivers and streams that provide coolness even on the hottest days and are the habitat for otters and other animals. 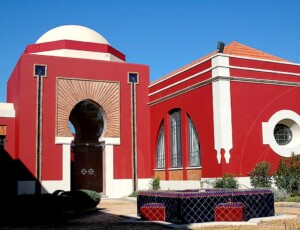 The area is easy to find in the windmills and traditional whitewashed houses on which are distinguished by delicate convoluted fireplaces, a sign of that ancient culture that during the Muslim rule had made the Algarve, (from the Arabic “al-Gharb” , western land beyond), one of the most developed provinces.

After the tour along the way, you can choose one of the many beach resorts in the area and enjoy a few days of well deserved rest and relaxation, the better to impress in the memory the flavors and aromas of the land and the sea carried by the wind for many centuries considered the end of the world.