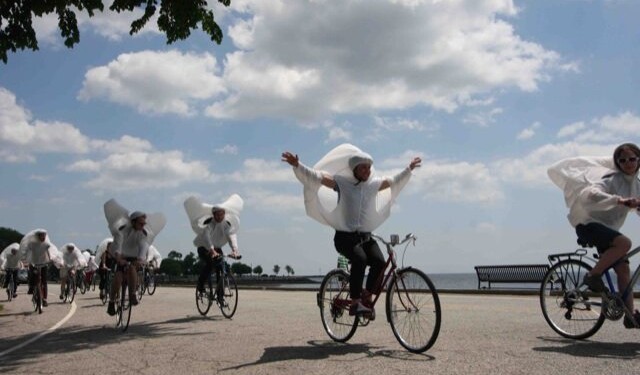 It departed from New York, since 2004 has gone through 19 cities around the world and 25 October will arrive in Florence.

Ride and let yourself be carried by the wind, ride and be inspired. The Aeolian Ride is a participatory art performance on two wheels that turn the streets into a space for public art. Jessica Findley, New York artist has conceived the event and has designed hand-sewn suits that inflate pedaling, creating the sensation of riding flying in an air bubble.

The Aeolian Ride has the magical effect of creating a circle of surprise among the participants and the spectators. During the journey through the most beautiful streets of Florence seventy participants will they carry and be inspired by the wind, trying all along one dimension addictive, riding and flying together. 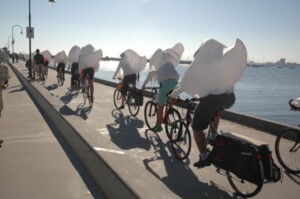 Jessica Findley gave the name all’Aeolian Ride from a greek word that means “carried by the wind.” But as she says, “the costumes swell, but do not worry, you will be transported away, at least not in the wind.” 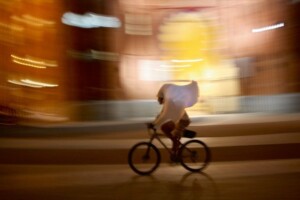 Born around Ground Zero as a pure artistic act to exorcise the post-September 11 climate, performance and its creator Jessica Findley – artist, designer and professor at New York University – arrive in Florence on the occasion of the tenth anniversary of the initiative thanks to Cyclic (which last year had brought the Bicycle Film Festival at the Stazione Leopolda), and support from Holland and KLM. To celebrate the event will be filmed for a video reportage of which will be featured all participants in the ride.

Departure at 16.30 from Piazza Poggi (meeting and preparation of the participants at 15.30) and arriving at 18.00 at the Literary Cafe in Walled Square. Participants will be provided with the costumes which together contribute all’Aeolian Ride to transform the urban landscape, creating a surreal and unusual. The evening will continue with cocktails and concert. Anyone can take part in free to ride until all costumes( www.aeolian-ride.info). 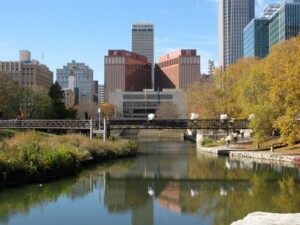 The use of helmets is mandatory (it will be released a limited number upon request). For enrollment of children is necessary to send an e-mail stating the age and the accompanying adult. In case of cancellation unsubscribe via e-mail in advance, so as to leave to others the opportunity to participate. In case of rain the event will be moved to Sunday, October 26.

Aeolian Ride is an initiative created by Jessica Findley, presented in Florence by Cyclic under the patronage of the Municipality of Florence and made possible thanks to the contribution of NBTC Dutch Authority for Tourism and KLM Royal Dutch Airlines.

CYCLING WITH BAKI TOWARDS THE GENTLE WATERS OF ISEO LAKE

THE CHARME OF AUTUMN IN AHRNTAL TROUGHT CASTLES AND MINES

THE CHARME OF AUTUMN IN AHRNTAL TROUGHT CASTLES AND MINES