Prosecco Cycling: pedal through the vineyards 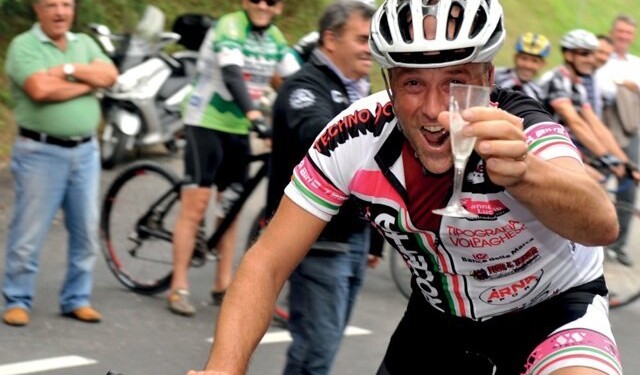 Prosecco Cycling pedal through the vineyards

A single route, mostly unpublished, repaint the face of Prosecco Cycling, after the flood that devastated the August 2 area of ​​the windlass Croda. On 28th September we will ride along a fascinating route of 97.2 km, out of a total climb of 1,350 meters, softened by the picturesque hills of Prosecco.

On the starting line, in Piazza Marconi in Valdobbiadene, including the Olympic rowing Rossano Galtarossa Padua, already “ready to climb the Wall Ca ‘del Poggio, that curiosity for refreshment Special Prosecco and scampi.” Its impressive silhouette will stand between the two thousandth of Prosecco Cycling.
For Galtarossa – four Olympic medals, ten world championship, 15-time Italian champion, twenty years in the blue shirt – will be the sixth participation in the Prosecco Cycling.
“The atmosphere at the Prosecco Cycling is always special – explains Galtarossa – and this year it will be even more, since the event will remember the tragedy of the windlass Croda. I am convinced that the novelty of the unique path will be appreciated by all. It will be a spectacle especially when we get on the Wall Ca ‘del Poggio: for there is transited to the Tour of Italy, but they were not in two thousand like us. ” 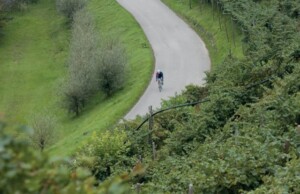 Not being particularly challenging, also lends itself to the participation of cyclists and less trained cyclists. The race starts at 8:45 am from the central Piazza Marconi, in Valdobbiadene on a path that is not particularly rough, with the exception of the climb of the Col de Guarda (1300 m, with sections at 17%). For the first time we will switch to all fans on the Cà del Poggio (1150 m, with an average gradient of 12.2% and stretches to 18%). Here participants will find a special refreshment based on Prosecco and scampi. The road to Refrontolo is characterized by ups and downs, and after the transition to Solighetto (already done in the first leg), you will ride towards Guia, Follo, Santo Stefano, the location Cartizze and Valdobbiadene. In addition to the special stop at Ca ‘del Poggio, there are three: still in the village of Watch Hill (33 km, at the end of the climb), a Confin (60 km) and Guia (88 km). 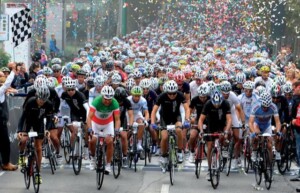 Among the vineyards of these hills, when he was Patriarch of Venice, was a frequent guest for periods of meditation and prayer, the future Pope John XXIII proclaimed a saint last spring. Participants in the Prosecco Cycling wear a brooch in his honor and on bicycles will also be affixed to a green ribbon to remember the tragedy of the windlass Croda. And, speaking of the windlass Croda, the medals which will be awarded to the top finishers in the Prosecco Cycling were made by Marco Varisco, who has not forgotten the tragedy of August 2.
“The bow with which you will receive the medal is also a tribute to the victims of the windlass – explains the well-known artist from Treviso crystal, in turn appssionato great cycling and expected at the start of the event in Valdobbiadene -. The medals of Prosecco Cycling, taking the logo of the event, will take the form of a circle. But a broken circle, because something in Refrontolo, in that tragic night, it was interrupted. ”
www.proseccocycling.it