BIKE AND BOAT ALONG THE BANKS OF OUR GREAT RIVERS

by giordano roverato
in Bike and boat
0 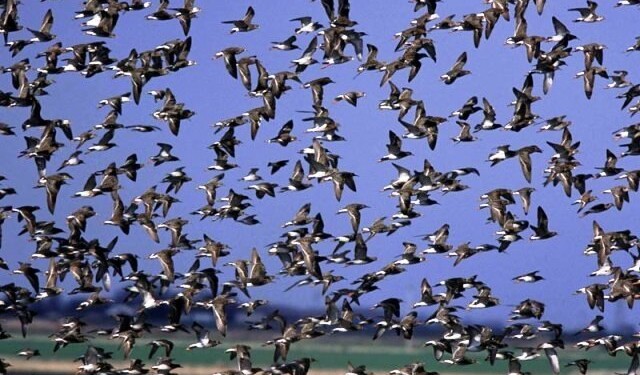 Tur Rivers cycling on the banks of the great rivers

By bike you ride unhurried rural areas of the plain, wedged between the great rivers of Italy, Po and Adige, engines of the local economy. A territory, the Pula, where the water becomes the dominant element, both visually and conceptually, creating a unique waterway system in Europe by extension, natural charm and usability.

The draft inter-territorial cooperation “TUR Rivers Rural Tourism among the great rivers”, headed by the Gal Polesine Adige, was created to promote the rural area of the plain between Veneto and Emilia Romagna through contact with nature and the farming tradition and involves the territories seven Gal distributed in five provinces and two regions (Polesine Delta Po; the Old Dogado in the province of Venice, the Delta 2000 for the provinces of Ferrara and Ravenna; the Paduan Gal, Gal Low Padua for the province of Padua and the Gal Verona plain for the province of Verona).
A mixture of green, given the abundant nature, and blue, which is painted the river reflecting the clear sky.
The rhythm is that of the flowing river, while the tranquility pervades us.

The bridge on Canalbianco Arquà Polesine browsing for about 3 hours to reach Canda, small center polesano where time seems to stand still. Polesine land of waters, dreamy landscapes and atmospheres endless, colonized by Paleoveneti, Greeks, Etruscans, Romans, from the Serenissima and the Italian Carbonari. Between the two main rivers of Italy, the Adige to the north and to the south the Po, which flow into the Adriatic forming a delta of seven branches, in the southernmost part of the Veneto, the province of Rovigo extends for over one hundred kilometers in length.
The Polesine is an extraordinary result of millennial remediated. A territory born of the tenacity and dedication of man, which here has been able to build an indissoluble relationship with the water, a respectful relationship that has paid off: a fertile province, adorned with small fishing ports and islands from unknown discover without haste. The province of Rovigo joins a surprising nature the rich history and culture of cities and 50 small municipalities that comprise, in the architecture of the villas, palaces and churches of the small villages, museums but also in the traditions, gastronomy, in the warmth of the people. The Polesine everywhere, from west to east, is also extraordinary natural stage, where the water moves majestically between floodplains and sandy islands and the Po, with its delta, arrives at the placid sea through a maze of water and reeds, paradise for a varied wildlife that populates the great plains crossed by a dense network of waterways.

Proceeding inland are more visible traces of the man who for centuries struggled for survival; So here is the great rural courts, the vast expanses of cultivated fields, rice paddies, the ancient scooping, bridges, navigation locks, fishing valleys, channels. Washed by Adigetto Canal, which divides the town of Badia in two distinct areas, the river Adige is the natural border between the provinces of Rovigo and Padova connected by a bridge (Badia – Masi).
A Badia worth visiting the Social Theatre “Eugenio Balzan”, a small jewel of architecture. Built in 1812 by and at the expense of badiese Bartholomew Dente, the theater’s façade is unadorned but the interior is full of beautiful decorations and paintings. The stage still preserves the original wooden machinery. The route over Badia Polesine and Villamarzana is adorned with superb Venetian villas, masterpieces of architecture and micro stories of families and communities, heritage art work of countless architects, painters, sculptors.

Villa Badoer, designed by Andrea Palladio in Fratta Polesine, also called ‘The Badoera’, is owned by the Province of Rovigo, a national monument and Unesco commissioned by Francesco Badoer to the famous architect. It was built around 1555 and the design of the villa, with some differences with the current, is present in the famous Four Books of Architecture in 1570.
The residential building is a simple volume that is accessed by a broad and staircase that leads to the monumental Pronao. On the porch of Pronao (and interior) are painted decorations of Yellow Fiorentino with fanciful ‘grotesque’ fashionable in the mid-sixteenth century. Surrounded by barns that extend in a semicircle, like two wings with large porches supported by columns, the villa is decorated with gardens with fountains and elegant statues. Barchessa at Villa Badoer are the findings of the excavations of prehistoric settlements Venetian coming mainly from the settlement of Frattesina, one of the most important cultural protovillanovian, the Bronze Age (XIII century BC.) At the beginning of the Iron Age (X century BC).
Characterizing the Villanovan culture are the ‘situle’ (buckets in bronze) urns found in the necropolis of Frattesina. 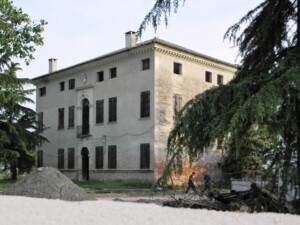 A Gognano, along the road that connects with Villamarzana Polesine, between the Po and Adige, Villa Cagnoni-Boniotti is a valuable intervention of the Venetian part of agricultural conversion took place between 400 and 500. The building manor, in line with fittings dear architecture of rural villa Palladio, recalls the rustic building, which is enriched in the main entrance of the villa, and the corresponding door to the living room passing the first floor, with two decorative interventions in Vicenza stone, in good condition.

On the ground floor the insert stone recalls the theme of ashlar, perhaps in an indirect reference to the Palace Roncale of Rovigo, which also preserves the sequence of the intervention on the top floor, in this case an opening to all sixth with a double order superimposed pilasters surmounted by a frame. Another element of quality is the indented frame that covers the entire perimeter of the attic of the building, ways of late Renaissance.
The villa was also used by the Carbonari, probably Fratta Polesine, for their secret meetings. In fact we found during the restoration work, the existence of secret passages like a tunnel that runs under the villa and it is said that it continued until reaching the nearby Fratta Polesine. Still visible a mock cantonal that allowed Carbonari to escape through the back stairs, and a hole in the wall of the main stairs, leading to the barn under the roof, from which the Carbonari could also shoot besides spying against any pursuers.

Sleeping in nature: Farmhouse Le Clementine in Badia Polesine, with typical polesana realized by Luciana according to the recipes of the past. Wooden rooms and sale of local products home, ideal starting point for excursions by bike or on foot. Reservations recommended, www.leclementine.it

IN LAUSANNE ON TWO WHEELS WAITING FOR THE NEXT OLYMPICS