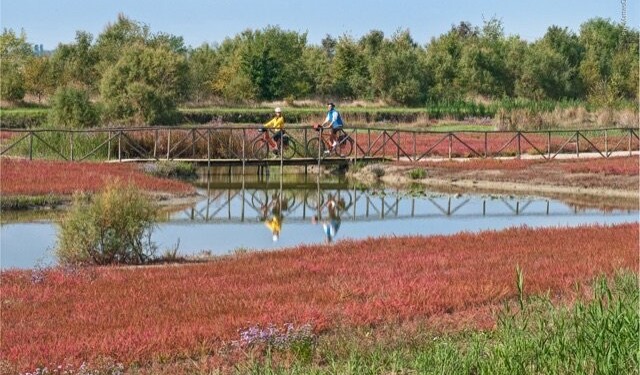 It looks like a drawn bow, ready to shoot, or from Rovigo in Bibione curves through the lagoon of Venice. Anyone who thinks that the Adriatic coast is only a destination solleone not know the Way of the Sea, 250 kilometers of cycling between river, lagoon and Northern Adriatic. The scenarios of the Po Delta of fish farms pedaling reaching the capital of Veneto after crossing the mouths of the rivers Adige and Brenta. Then towards the eastern coast, bordering the Friuli-Venezia Giulia, here is the long golden sandy beaches, where you pass through the rivers Sile, Piave, Livenza and Tagliamento.

The route, traced in five stages with GPX, is made of embankment roads and paths, with no gradients, on a mostly paved and some dirt road. Signs to follow is the I3, the usual brown signs of homegrown paths.

Also the Way of the Sea came to the first edition of the Green Road Award, the first prize for the best greenway Italian, conferred by Viagginbici.com during Cosmo Bike Show in Verona.

From the City of Roses to Delta

Was Ludovico Ariosto, Orlando Furioso, to seal Rovigo as “the land, whose PRODUR rose, gave the name popular terrace in Greek rumors”. And right from the southernmost province of Veneto and flowering begins the Way of the Sea. There you will visit the picturesque Old Town, the towers of the medieval castle and the Art Gallery of Palazzo Roverella. The Museum of the Great Rivers is the history of the earth polesana through exhibits, multimedia installations and theatrical sets.

Following the course reassuring the Po, from Rovigo to Adria, they travel the 51 kilometers that make up the first stage of the cycle.

The way of the valleys

A path immersed in the natural park of the Po Delta, between houses and a lush and complex. After 650 kilometers it is where the Po, aka the “gentle giant”, concludes its flow in one of the largest wetlands in Europe and the Mediterranean. An area in the Veneto region covers nearly 800 square kilometers, of which over 160 are valleys and lagoons. Riding through the valleys Polesine is easy to make close encounters of the third kind with purple herons, hawks, cormorants and oystercatchers.

The crossing of the Venice Lagoon

The stage number three goes from the bottom up through the lagoon of Venice. Chioggia and Sottomarina start with a mix of history and a waterfront full of entertainment. With ACTV connections between the Venetian islands subsequent tries will Pellestrina and Ca ‘Roman. In this island of fishermen ride is a dream: a few cars and many bicycles make life easier for families. Then you go to Lido – do not miss the town of Alberoni and Malamocco – to finish the stage with the ferry boat to Punta Sabbioni.

Between Sile and Tagliamento

Two other rivers marking this fourth stage, between the Sile and the Tagliamento. In 45 kilometers along several seaside towns, places of relaxation and fun, it carries more than 30 million visitors every year: from Cavallino, Jesolo, Eraclea Caorle. These beaches, very popular in July and August, and September offer a pleasant, warm colors, natural oases and pine forests. In short, ideal for outings too short.

Across the River and into the Trees 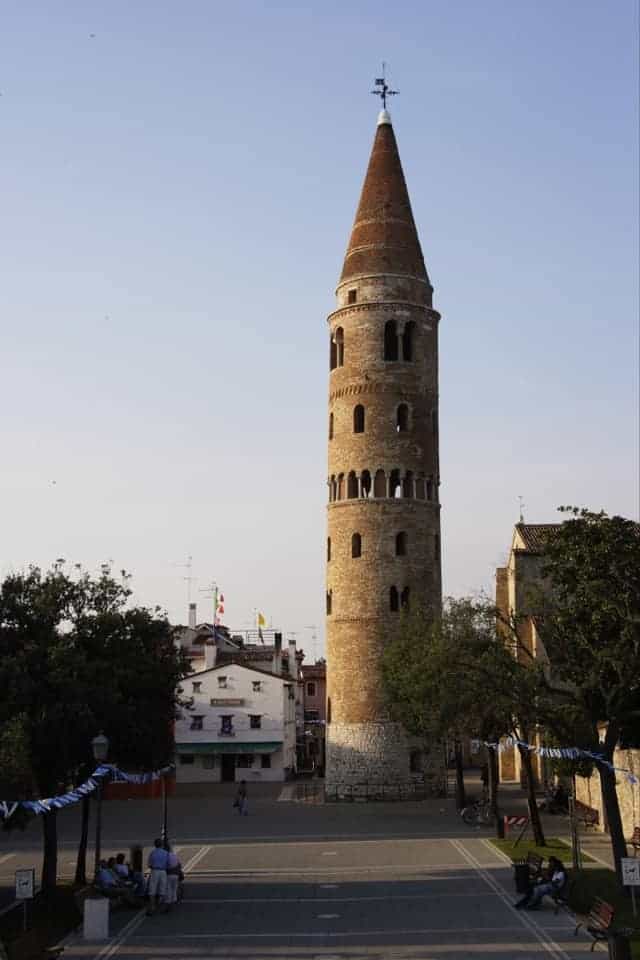 Caorle is the landing of the fourth stage, but also the beginning of the fifth and final. In the old town you will come across in the Cathedral from cylindrical tower, then the promenade with the Shrine of Our Lady of the Angel, and finally reaches Falconera and fishermen’s huts of the lagoon area. It is an open ending to the Way of the sea. For lovers of history and food is the way to go for Portogruaro, thus passing through the archaeological site of Concordia Sagittaria, while those who choose to remain in contact with nature ahead will find the beach of Old Valley and Bibione, up to the mouth of the Tagliamento that Hemingway said in Across the River and into the Trees.