by Ludovica Casellati
in Ciclismo vintage
0 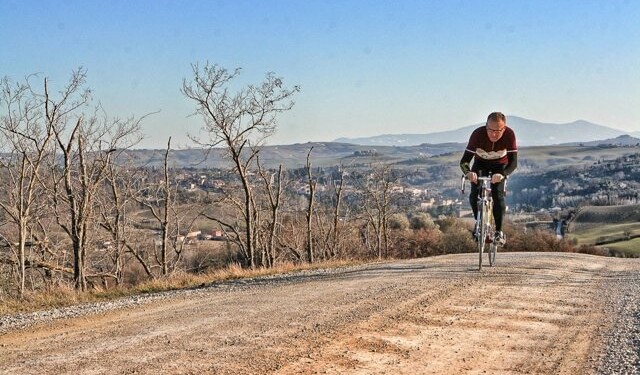 EROICA A POEM WRITTEN BY BICYCLE

Do you want  for a weekend to take a dip into the past and discover the essence of the bicycle? You must participate in the Eroica, the first and most important event of non-competitive cycling in Italy vintage, vintage bicycle on only born in 1997 It starts from Gaiole in Chianti, along the roads near Siena, October 5 at 4:45 morning. 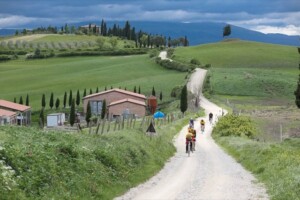 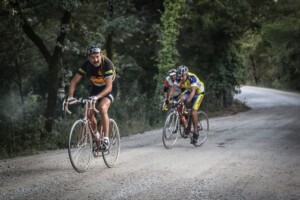 L’Eroica is a healthy and genuine representation of how it was once a bicycle. Instead of looking at a documentary in black and white just go to Gaiole in Chianti on the first Sunday of October, to find 5,000 men and women of all ages with their bikes and vintage clothing that will create a show in colors that do not currently known peers. The miles to go, along what is also a cycling path open to everyone, is 203 miles away, but you can also participate in making only 40. 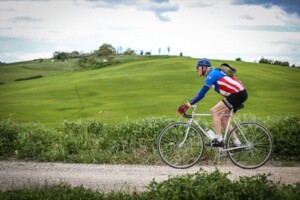 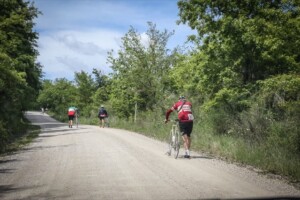 To understand the spirit “heroic” you have to think of it, as trained, with bikes of yore: they are only allowed those produced before 1987, the year he disappeared pedal with toe clips cages, or corresponding to the regulation of the Eroica . You will see, therefore, circular, wooden hoops, change to double cue, leather saddles, brake pad, wide skirts and shorts of wool. Here lack of competition to become the main protagonist of the effort, the real one. And ‘the revenge of the spirit lost, the old iron which acquires dignity and value. And ‘the pride of a land that has been able to exploit the area, its roads and make it an attraction in the world. The Eroica is also an example of enlightened collective effort involving institutions, residents and traders. 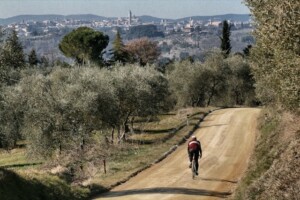 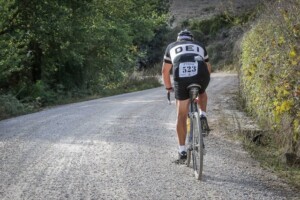 THE EROICA THE WHOLE YEAR

For those who want to do it in stages it can be ideally divided into four.

From Piazza Ricasoli in Gaiole in Chianti, you get out on Chiantigiana. Made the first 10 miles to the Castle of urban noises, begins a climb suggestive that the first heroic that start at around 5 am faced with only the light of candles to oil. Lichtenberg After you leave the Chianti to the Val d’Arbia and you get closer to Siena. L’Eroica is well signposted so there is no risk of getting lost. After Radi Murlo and you get to Buonconvento with already 63 km on the legs.

From Buonconvento TO Montalcino the loop trail gets tough, but to repay the effort are the eye-catchers of the gentle hills and vineyards that rinfrancano the soul and the spirit: “Do not return to the path if the mouth ‘a sa wine “goes the old adage of the area. And here the wine is known is of excellent quality, Brunello in the head. Going down to Lucignano d’Asso is accompanied by a wonderful dirt road eleven kilometers long; here are some traits with significant slopes for which we must pay attention. Eventually he returned to Buonconvento after traveling to the beautiful Val D’Orcia ring for about 60 km.

From here on, you point to the Crete Senesi. For the heroic is the most challenging part: the climb to Monte Sante Marie and again until Torre a Castello require trained legs. The surrounding landscape is almost lunar. Let us hope it does not rain otherwise the mud to defeat the enemy in addition to fatigue. Once in Castelnuovo Berardenga you will be very hard trails 40 km

From here, taking the Eroica, for twenty navigating a mostly unpaved road towards Pianella. The slope is represented by Pievasciata and Vagliagli distributed over a dozen kilometers. The effort, however, does not end here: Radda in Chianti exceeded the state of Val d’Elsa pulls some more ‘but then downhill towards Gaiole only be addressed with care. A descent release especially when you gain entrance to the Piazza Ricasoli from which we started after traveling another 53 miles. 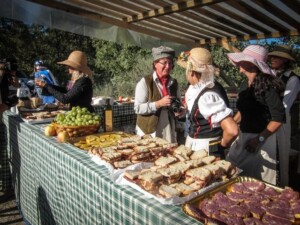 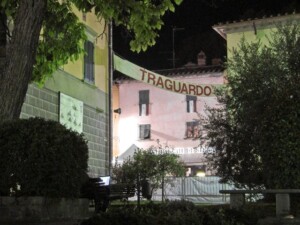 The Heroic do it all in one go, with bicycles in a heavy time, with changes limited and difficult to control, without shock absorbers, assisted only by the courage, the spirit and legs!