AUGUSTOUR: A RACE ON THE CLAUDIA AUGUSTA ROAD IN SOUTH TYROL 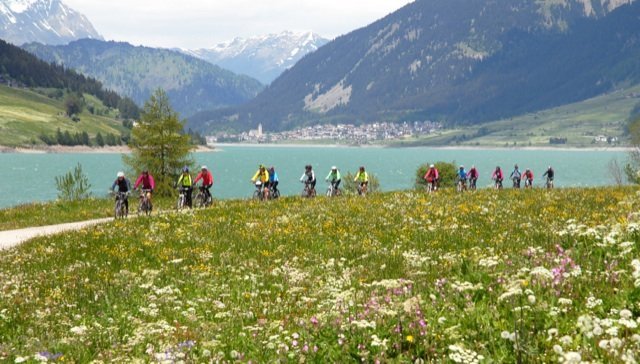 The AUGUSTOUR from Friday 5 to Sunday, September 7th is not a competition, but a new cycling event in the South Tyrol and Trentino. All members are riding over the course of three days along a part of the excellent path of the Via Claudia Augusta. In the foreground there are the fun and pleasure of cycling along the route of the event. Each participant can follow at their own pace, stop where you want without stress, refresh themselves in a variety of refreshments on arrival and during the stages as well as take advantage of a transport their luggage.

The first edition dell’AUGUSTOUR takes place in September this year (from Friday 5 to Sunday 7), on the occasion of the celebration of the 2000th anniversary of the death of the Emperor Augustus, who this year has seen the organization of numerous events. In the future AUGUSTOUR cycling will open the season in April. The Via Claudia Augusta is known among fans of cycling as one of the most beautiful courses in the Alpine area. Thanks to its trend from north to south path is characterized by a slight descent, and also touches many places known for their gastronomic specialties, making it a veritable paradise of gourmets! The scenery along the Adige river is very beautiful from spring to autumn, and is particularly rich and varied. Across the country you will find hospitality in Bike Hotels in South Tyrol

The AUGUSTOUR unfolds in three stages from Resia lake (Graun, Province of Bolzano) along the beautiful Val Venosta to Merano and Bolzano, and then through the Val d’Adige to Trent. The aim of the organizers is to show to all the participants, by fans of cycling, trekking, mountain biking and biking and nature’s beauty along this stretch of the Via Claudia Augusta built by the Romans. Cyclists can participate individuals, families, sports clubs and corporate teams, and the three days that only one of the three stages.

During the three days of the event dell’AUGUSTOUR 2014 participants covering a total of 208 km across the South Tyrol and Trentino. The first stage from Resia in Merano has a length of 82 km, the second from Merano to Bolzano (via Lake Caldaro) of 62 km and the final stage from Bolzano to Trento 64 km. At each stage finish will take part in the festival scheduled in the central squares of the town of Merano, Bolzano and Trento. After the AUGUSTOUR each participant, after delivering three “stamps Augustour,” receives a gift and you can also take advantage of a comfortable return with a bus at the start of the tour. In addition, some of the event partners offer services like booking of rooms and bike hire.

The path of AUGUSTOUR is characterized by Val Venosta (South Tyrol) to the Trentino mountains and lakes, as well as forests, meadows, romantic vineyards, orchards and a river landscape to ensure that all participants in a real immersion in nature. The wealth of gastronomic delicacies ranging from the typical peasant up to the finest dishes that characterize the areas crossed by the Via Claudia Augusta. The creative cuisine of this region is filled with the typical products ranging from apple, wine, with dishes such as dumplings and polenta.