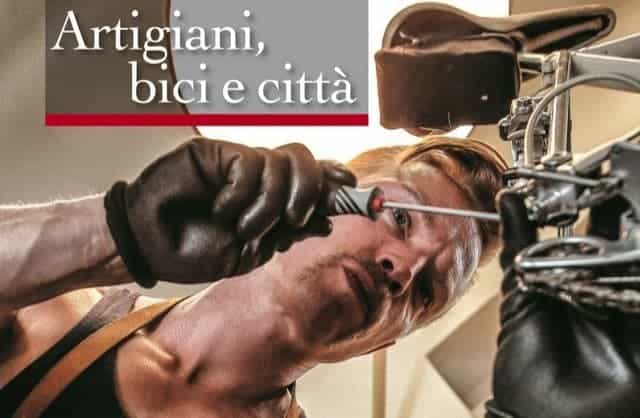 At  Ghisallo Museum the photos of Guido Rubino

On the occasion of the arrival of the Female Tour of Italy  Ghisallo (it is the last stage) will be opened at the Museum del Ghisallo, the photo exhibition “Artisans, bike and city” with pictures of Guido Rubino, of Cycleinside

Photographs that tell different times of the bike, from its birth, from the heat of the artisan, the passion of those who put their hands on to fix it and make it rise again. The eyes of those who make merry bicycles, women. The bicycle ride in the city, perhaps with a hint of nostalgia of a temple that was cycling.

An exhibition told in the words of Gino Cervi of Cyclemagazine:

“Hands. Hands and steel. Hands, steel and flame. But most of all hands. These are the hands to give a soul to bicycles. The construction of a bicycle is a mythological tale. Do not believe us? Take a look at these photos. It is the forge of Hephaestus, is not the Platonic cave. There are shops, workshops, counters are working, clamp and torch: here come the Italian bikes. Those who have a soul, indeed. A soul that, through the hands, passing from the minds and hearts of the plasma to the material and forms: tubes, tires, hubs, forks, spokes. An artisan work that preserves and passes on his human essence, indeed the humanities. The bikes have a soul because they live the stories of those who build, incorporate them into their substances of metal, rubber, plastic, leather. And return smiles: first to those who built them, then who will do the pedaling. On a shady road, down a steep hairpin bend, over the cobblestones of the old town. Or on strips of fir wood with a magical track. Hands, soul, passion. And the bike was. ”

The exhibition will be on display from July 13, for the whole month, at the Museo del Ghisallo (for opening days and times, please refer to the website www.museodelghisallo.it)

AUGUSTOUR: A RACE ON THE CLAUDIA AUGUSTA ROAD IN SOUTH TYROL