BIKING ON SNOW: WELCOME IN TRENTINO! 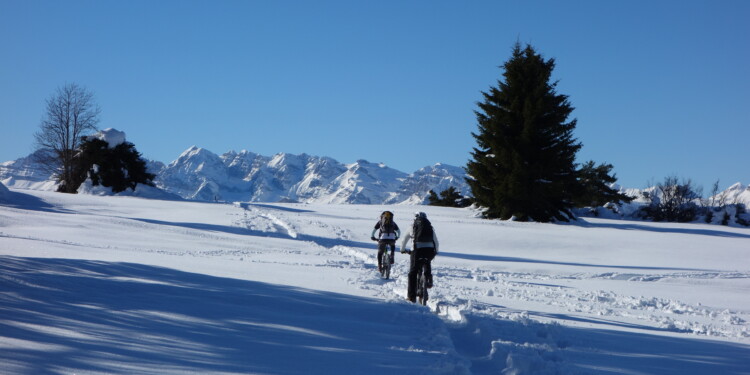 Biking on snow: welcome in Trentino

If you appoint the DI NON VALLEY , in Trentino Italy, immediately think of the apple, the product that has made in this area and famous worldwide, but the Anaunia (this is the other name of the valley) is also much more. The other keywords to understand the valley are: water, nature, culture and of course bicycle!!

The water characterizes the territory of the valley with the lake in the center of Santa Giustina, formed by the imposing dam of the same name, 152 m high, which when it was constructed in 1951 was the highest in Europe. Its waters plunge into the many streams and rivers that descend along the sides of the valley and over the millennia have dug the earth to form the set of canyons, gorges, waterfalls and ravines that can be visited for a few years with the “canyon rio sass “or the” river Park news ”

Another pearl of water in the “Val di Non” is the famous “Lake Tovel” one of the most romantic lakes in the Trentino, also called “Red Lake” because up to 70 years during the warm season due to the presence of a seaweed, its waters became a ruby red color.

Nature is the second  keyword. The valley  is characterized by vast expanses of orchards, (a show during the spring when they are all in bloom) while climbing at high altitude are green meadows and pastures that soon turn into scenic mountain ranges. The rocky Brenta Dolomites in the south-west are part of the valley of the Dolomites UNESCO heritage, and there  lives protected the brown bear.

The third word is Culture. In addition to the various castles and churches scattered throughout the valley, there are two hidden gems. The ancient shrine of St. Romedius, one of the most characteristic monasteries in Europe, where tradition has it that the saint having to go to Trent, he saddled the horse, but a bear attacked and killed the animal.

The saint then he saddled the bear and this is present in the city. And ‘this is the reason why even today the immense cage hospitality are some of the sanctuary bears. The second gem is the imposing Castel Thun is located right at the entrance of the Val di Non and that after 18 years of restoration was reopened to the public, attracting thousands of tourists. The restoration has included all the furniture and furnishings, allowing the tourist to make a real all in the past.

In this “landscape” we come to the fourth and last word, the one that is most dear to us: the bicycle.

ere bicycle means “Maurizio Fondriest” who was born in Cles, the most important center of the valley, and in 1988 he became world champion professional in 1993 and won the Milan-San Remo in his racing career he won dozens of races. In recent years, the valley has become a paradise for bikers, here goes the Brenta Dolomites bike, a journey of a few days ago that the circumnavigation of the spectacular Brenta Dolomites, here where one of the races of the circuit Trentino MTB, and then the tens of kilometers mountain bike trails, completely immersed in nature.

And it is on one of these paths Predaia I’d suggest going to try one of the new ways to use the bike on snow.

The plateau of Predaia, sunny balcony that extends through fields and woods to Monte Roen, thanks to its smooth and linear is one of the theaters are ideal for practicing the two wheels in the Val di Non

The snow bike ride starts from the parking area to step Predaia , around 1250 m altitude. Starting from where come the ski slopes and keeping on the right you can ‘ go up the slope until you reach a path that goes into the woods and allows us to get to share it gently. At this point , turning the landscape opens up the Brenta Dolomites in front of us , on the opposite side of the valley. A breathtaking show! Continuing a few tens of meters and you will reach the Predaia to Todés There , Just beyond the shelter starts a dirt road now covered with packed snow , rising again gently and in a couple of kilometers we find ourselves in the Hills of Tres to 1570 m, the point from which you can choose from a number of alternative routes , according to all that we want to ride . Our tour continues until after a plateau and then re- opened with a detour to the valley. The fun descent takes us back to a flat trail leads up a steep slope that allows us to return to the shelter to Todés

During the tour you can enjoy “ski” with bicycles, without any fear of getting hurt, an eventual fall will be muffled by the snow, which this year is particularly abundant. Of course, everything depends on the preparation and the desire of each of us. In order to avoid any problems and to have all the information we advise you to contact the

that will suggest and possibly take you to your ride.

Once back, after you have fun with your bike, you have to stop to sample the culinary delights of the area, as the “mortandela”

a slow food, made with pork that after being coarsely minced are merged to form into balls the size of a tennis ball, but more flattened shape, and then smoked. Great to accompany the mortandela “Tortel di patate” are delicious. 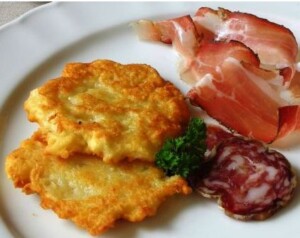 And of course you can not miss a sip of “groppello,” the wine which for some years has started to be grown in the valley

The Valley, it is not only apples, but much, much more, you just have to go slowly and discover its beauties and maybe we’ll have fun along the route to mountain bike.