PATHWAYS THROUGH THE MIDDLE AGE ABBEYS IN THE MARCHES 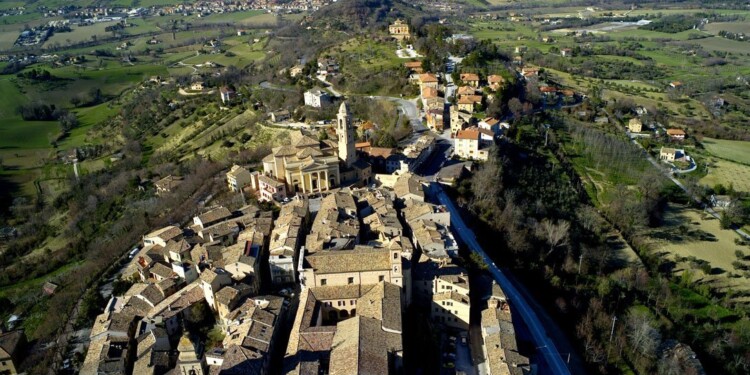 Pathways in the heart of Marches

A cycling holiday is an opportunity to combine culture, local traditions and gastronomy with a scenic backdrop that offers great historic and natural interest, as well as a chance to improve your mental and physical well-being.

Visiting the abbeys in the heart of The Marches by bike, you can rediscover the mediaeval centres of culture where monks once lived and created a civil and spiritual community with great historic and artistic value. Examples include the books and illuminated manuscripts, the agricultural life, and the small hamlets that sprang up around the churches or abbeys.

This cycling itinerary is intended to rediscover the region’s immense historical, architectural and natural heritage, which is connected to the local identity.

The Apennine mountains and network of valleys, caves and other places such as the abbeys have become ideal locations for meditation, and an encounter with a new way of life. Cycling, in its various forms, dovetails perfectly with these requirements, creating a union between art, culture, history, gastronomy, entertainment and physical activity.

Even the cities of art, spas and coastal towns are ideal destinations for tourists on pedals. 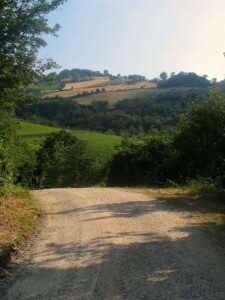 One of the many records to which The Marches can lay claim is that it was one of the first regions in Italy to have welcomed the phenomenon of hermeticism, thanks to the charismatic personality of St Benedict of Norcia. His ‘Rules’, based on the dignity of work and the sanctity of prayer, were to form one of the pillars in the construction of Western civilisation.

The route is made up of a series of the splendid abbeys, close to rivers such as the Chienti and the Potenza. It is also linked to the Nature Reserve at Fiastra Abbey, and the National Park of the Sybilline Mountains. 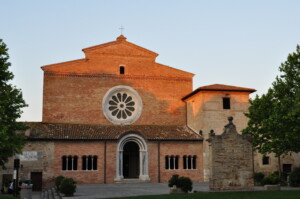 The route forms a large circle which can be covered in just over 100 km, starting from the majestic Romanesque church of Santa Maria a piè di Chienti, which stands on the left bank of the Chienti, just a few kilometres from the mouth of the river. The oldest reliable information about the church and the annexed monastery comes from the Farfa period, and dates back to the year 936.

The architectural features of the church of San Claudio al Chienti have a certain artistic importance. They cover the façade framed by two cylindrical towers, similar to Ravennate bell towers, and there is an interesting Gothic portal made from Istrian stone decorating the entrance to the upper floor, which was added on to the original building in a later period. 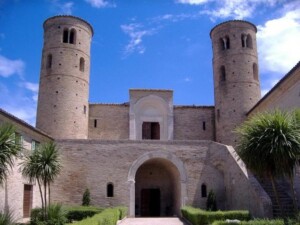 Fiastra Abbey, almost a thousand years old, is a fascinating place that gives tourists an insight into the local culture, with its wine museum.

The Abbey is surrounded by scenic walks and pathways, and is also an excellent venue for birdwatching. The Romanesque church of Santa Maria di Chiaravalle has a beautiful 15th-century cloister, a monumental construction with austere Cistercian architecture, typical of the transitional period between the Gothic and the Romanesque styles. 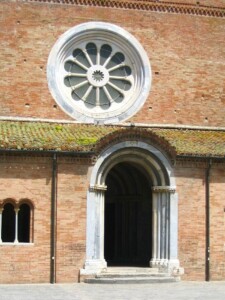 The centre of The Marches also features important examples of the Longobard domination, as in Pollenza, home to the Abbey of Santa Maria di Rambona, an elegant example of ancient architecture. .

The Benedictine church of San Firmano contains the remains of an ancient burial. Evidence of this comes from the raised presbytery, which forms a space for the construction of the crypt.

All these attractions will be welcome sights for those who enjoy cycling (with paths, sections and stretches running along the coast and through hills, as well as mountains and parks), and allow tourists to rediscover this region, in which there is of course room for religious events and gatherings.

On the website www.turismo.marche.it you can browse a database of hotels and acommodation