THE ADDA’ S PATH AND THE LANDSCAPES OF LEONARDO 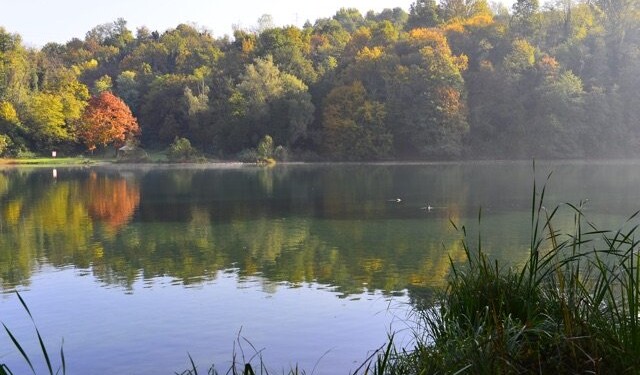 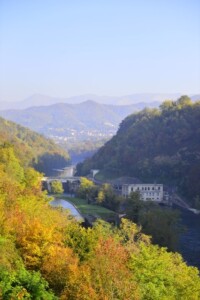 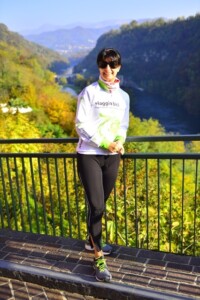 Did you know that one of the most beautiful trails I’ve ever ridden is just outside Milan, and is the Adda Path?

It all started with a nice chat with Maurizio Stucchi of bikeways Lombardy.

Tired of the frenetic pace that the job requires, I ask him to think of a place that has these characteristics: naturalistic and scenically beautiful, enjoy the colors of autumn, also interesting from a historical point of view cultural opportunities, after having cycled, of relax in a spa.

I thought I had exaggerated and contrary to my wishes, one after another, have taken shape.

Fondobrugarolo destination: a structure Bike & Spa Brianza, a company dedicated to the half floriculture (trade for pot plants) and half the hospitality.

Bikeways Lombardy, is instead a reality born some time ago, enabling those who want to make cycling can do it in total serenity without having thoughts of any kind (transfer, transport or rent a bike). Arriving at the central station in Milan we have taken and shown immediately bikes choices for us. They also had to pedal assistance as needed.

Our tour began at Imbersago, in the province of Lecco. Here you can ferry on the Bergamo side thanks to a very special boat of uncertain origin but attributed to Leonardo da Vinci who studied something similar and lived not far from here in Vaprio d’Adda. What is certain is that for six hundred years is the only “work” that continues to carry out this service in a completely sustainable: a steel cable stretched between the two banks allows the boat to slip in the puddle of water taking advantage of the current. After seeing him in action we started pedaling along the Adda to Trezzo.

The colors, which only gives the autumn, have made our cycling spectacular. The path runs just behind the Adda river bed and clay in the first part. Looking up at the height of Paderno is admired in all its majesty the famous iron bridge overlooking the gorge in which the river flows. At the time of its construction was the highest arch bridge in the world made with the same technique of the Eiffel Tower, seamless, symbol of the triumph of the late nineteenth century industrial.

Once past the closed area of ​​Leonardo, and after having cycled along the canal that joins the Adda navigable rapids we found ourselves in the place which is said to have inspired the Virgin of the Rocks. Even it seems that these wonderful views have been the backdrop to the portrait of the Mona Lisa!

Among the works of great charm that lie along the path it is definitely worth mentioning the historic Edison power plants, Bertini, the Esterle and Taccani.

To create instead a bit ‘in contrast to the suggestions Leonardo some modern art embedded here and there in the landscape.

Once in Crespi it was like diving into the past. This company town founded in 1877 and remained almost intact, is now a World Heritage Site (UNESCO). The founder a textile entrepreneur, Christopher Crespi, who found here at the end of 1800 the conditions to build his cotton mill: water for energy and labor in abundance.

Thus began the construction around the factory, housing for the workers and executives, making Crespi d’Adda a place unique. At the beginning of the twenties, however, he closed the era lucky and the company started to close. Phases and different families take turns in the life of a village of 500 souls. Today to buy the historic and fascinating plant family Percassi (KIKO).

Once back in the farm hosting us, Fondobrugarolo, was waiting for a wellness program in the Spa, which ended with a dinner by candlelight in a bathrobe.

There could be no more appropriate final!

Cycle along the Adda Imbersago from Crespi and we stopped in Trezzo where the Adda has a bend which overlooks the beautiful Visconti Castle. Here the river is an excellent seafood restaurant “La Terrazza”.

The network of bikeways Lombardy run by Corrado and Maurizio Stucchi (335-6980853, 334 -6886628) offers all the services that a cycle tourist needs: rent a bike, driving along the paths in the area, transfers to and from the station or airport … etc . The excursions that can be carried along the Adda may have different lengths, everything depends on the time you have available and your legs …. everything else men think of bikeways!