SPOLETO NORCIA: AN OLD RAILWAY NOW IS A CYCLE TRACK 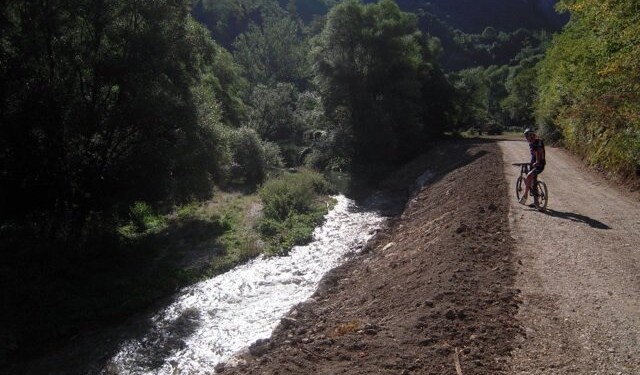 Finally !!!! After nearly 48 years since that July 31, 1968, the date of closure of the service, the location of the railway Spoleto Norcia is back to being re-used, obviously not to be walked on the tracks, but in a way more familiar to us: it has become a path pedestrian.

The old narrow-gauge railway, was opened in 1926 and was built by the same company that built and operates the railroad still Vigezzo Valley, another example of railway engineering Alpine, such as Spoleto, Norcia. According to what was once the director of the Institute of Art History in Florence between 1960 and 1990, John Koenig:

“In the mountain railways Italian, some of which unfortunately dismantled the railway Spoleto-Norcia has always been the unanimous judgment not only Italian, the best effort of technical tracks; a kind of small Gotthard Umbro. Perhaps because one of the last railroads to be designed, it is also the most daring and difficult; so that no one today could come into his head to make a similar effort from scratch. But the example of the railway infrastructure is, in fact, as a monument to witness a particularly happy time in the way of building “works of art” stations. It therefore should be preserved as our heritage and landscape together, precisely because the landscape Centre Italian Apennines is characterized by this constant relationship between nature and man. ”

Along the way, relatively short 51 kilometers were built more than 19 tunnels, the longest of which, near Caprareccia almost 2 kilometers, and 24 bridges and viaducts, with various helical lengths, similar to those often found in the railways Alpine and with slopes of up to 45 per thousand, as the stretch between Spoleto and the valley of the Nera River. 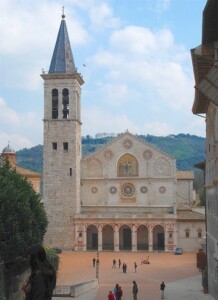 The path starts at the former station in Spoleto, famous for its Roman aqueduct, for its cathedral and the famous festival of the 2 worlds, converted at the historical museum of the railway line from here after a few rides in the city, there are places on the real grounds of the railway, which has a slope of 4% for the first 9 miles. A climb very quiet, no problems, easy to get too from the boys. On altronte this is one of the characteristics of the paths that use former railway lines, fortunately for us, the trains could not exceed the slope is too important! 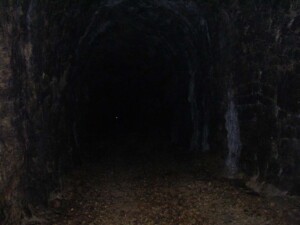 After the first tunnel exit point here is the first spectacular: the viaduct Cortaccione, 120 meters long, 60 meters tall, the tallest of the route consists of 4 spans that connect the two sides of the valley and allows for a beautiful vantage point of the surrounding area. Soon after another gallery, and the tour continues with a steady climb ever in the woods past several bridges that allow spectacular views of the valley below.

The climb continues up to the tunnel crossing the Caprareccia, 1936 meters long. Follow this road is a spectacular experience, we understand how they felt that the miners have dug the tunnel is dark, when you can not see it in the input nor the output, just like when it was excavated. 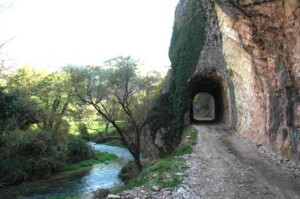 Popping sounds pretty reborn, come back to light after about 10 minutes of riding in complete darkness is a pleasure to try …

From here the route is downhill for about 7 km, always in the shadow of the trees, passing bridges and tunnels, with a continuous zigzag between one side and the other of the mountain until you come to San Anatolia di Narco, a small village Valdinarco. From here and remained for about 30 km climb will be constant, but much less challenging than the first part of the route. The course beat Castel San Felice, with its Abbey of Saints Felice and Mauro, Vallo di Nera, a typical village built around the castle that is on the top of the hill, and still continues to touch the waters of the river Nera. 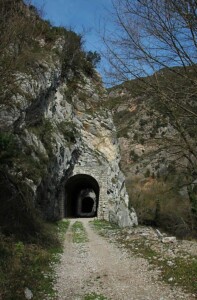 The path runs on the opposite side of the valley from the road highway and through the trees, giving the feeling of tranquility that only a slow path like this can convey. Continue past Borgo Cerreto and Triponzio, and hence the state and the path, often run close together, to brush against, as if to see who came first in Norcia, in a series of bridges over the river Corno and tunnels up to Serravalle, where each the two tracks resumes its path running for the last 5 km parallel but distant from each other …

Once we Norcia route in what was rightly considered a bold path for a railroad gem. But beyond the aspects ingegneresti this track has allowed us to visit a small corner of one of the greenest regions of Italy, full of history, in every limb, between towns perched on the mountains, abazzie and monasteries hidden in the woods, to to reach the plateau of St. Scholastica where our arrival. 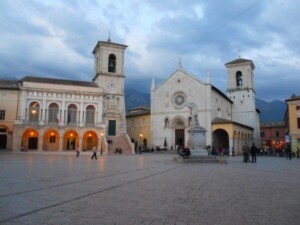 Norcia is justly famous throughout the world for “charcuterie”, that all the products are packed with pork and wild boar, first of all the ham of Norcia, the black truffle, for sheep, or legumes that here have a different flavor, and then after a quiet ride like the one just made​​, there can be no better thing than to find one of the many cafes, and get to know through the pleasures of the table, this piece of paradise … Bon Appetit !!! !

P.S. do not over eat, returning along the same road, need that you will not be too heavy!

BRUGES AND SURROUNDINGS: CYCLING IN A FRAMEWORK OF THE PAST