The Via Francigena from Lucca to San Gimignano 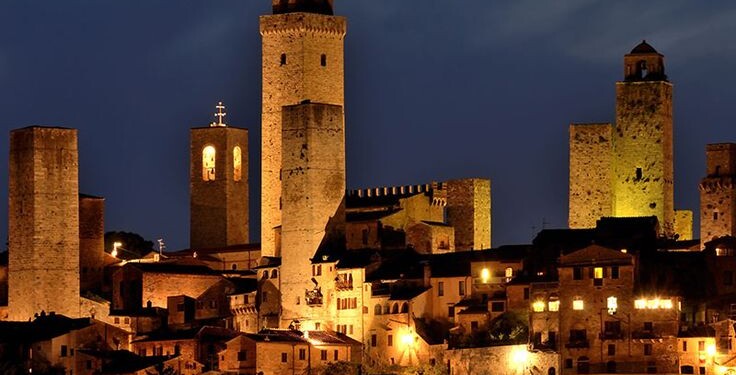 The Via Francigena in Tuscany: from Lucca to San Gimigniano, a bike trail among the most beautiful villages in Italy

From Lucca to San Giminano are about ninety kilometers eastwards: plain, churches and hospitable for the first half; gradients and nature in the second, going down south along the Valdelsa, up to San Gimignano, enchanting compensation of effort made to get there by bike.

Those road are fine but the MTB are better, with some tooth more that comes in handy, especially in the evening, to the finish, to end peacefully.From Lucca exit  taking to port San Gervasio first and then port Elisa, city walls Este.Follow Via Romana where a Pellegrinetto ago by yellow trail up to the Provincial Road 23, not to follow but to cross. 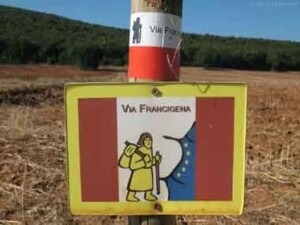 Across the use of two different directions that lead to the same goal – Capannori – but the beauty of Tuscany is also this. Capannori, Capannole, is written in a text Lucchese 745 while the church of Saints Quirico and Giuditta is 786. Destroyed and rebuilt several times, but the battlements of Ghibelline bell tells the origin and identity of the church Lucchese. Continue to Porcari, less than five kilometers to ride straight on the SP 23 or articulated that start from Via del Popolo and continue on the path where you go right. Then a couple of turns, left-right and inside-out and then again ends on Provincial. 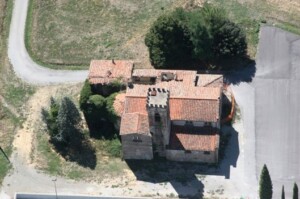 Let Abbey Pozzeveri and thoughts turn to the importance of this village around Mille – with churches and a hospital – now that there is almost in the way, between the highway and the railroad. We return then to the Francigena Romea towards Altopascio and from a distance we see the bell tower of the hospitable and the church of San Jacopo; few kilometers and you arrive. Altopascio yet Lucca, Pistoia feels, sees Florence; neighbors to the north and east. And ‘Garfagnana and Valdelsa. 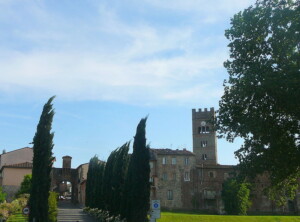 And ‘the bread tasteless, wheat Tuscan of crispy crust and pasta “indecent”. The triangle irregular heartbeat which is its historic core derives the hospitable medieval, who had impressive dimensions. As the bell tower with four shelves, with openings that increase going up. From there resounds “The Forgotten”, the bell that helped the pilgrims to find the way down when the first blind. Leave Altopascio Ponte a Cappiano; about ten kilometers from abundant pedaling on the SP 15 and on via Romana – Lucchese. Otherwise you can cross the forest Cerbaie. Moisture and mud if it rains, otherwise shade and cool. 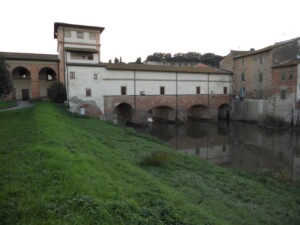 Meadows and forests; skies, marshes and bridges. “Water nigra” or “Arno black,” says Sigerico about the passage sull’Usciana Ponte a Cappiano. E ‘of 1550 the next bridge Medici, articulated structure that included the strong, the weir, a farm and of course the tavern. All this has now become the youth hostel, and a little ‘sorry for the tavern. It comes out of the covered bridge and take the road which goes towards Fusecchio, which stands on a ford of the Arno, near dell’Usciana and near the Francigena, to say how important this center. The bridge over the Arno was “Arne Blanca”, the White Arno, still Sigerico.

A Fusecchio we can fix the bike, such as Motor Bike, Via Cesare Baptists. Otherwise riprediamo and a few kilometers later we are in San Miniato Basso, who can become S.Miniato Alto, after 3km from King of the Mountain. Up here you dine with the monks at the monastery of St. Francis; a last effort worth and a view that is worth the day. 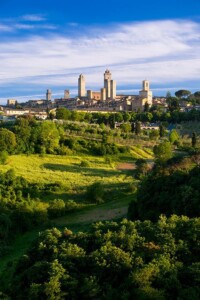 From San Miniato you move into southeast to San Gimignano, after forty kilometers beautiful and difficult. Leave the Valdarno to enter the Valdelsa: Tuscany, Italy, according to the conception most classic and most poetic. Hills and woods. Oil, wheat and wine. Chestnut, oak, holm. The Arno and Elsa are enriched with rain that share then with the Chianti hills – to the east – and with the hills between Volterra and San Gimignano, south and west.

Geography of a paradise that the history of contention between Florence and Siena, Lucca and Pistoia, try to turn into hell. Then farmhouses and castles and the Via Francigena: the Pieve a Chianni, the Parish of Saints Peter and Paul in Coiano; watchtowers, San Gimignano and San Genesio, trade and traffic. The Way that you ride is not always the one that you walk. To get pedaling at Pieve di Coiano is more useful Sanminiatese, asphalt and little traffic. From Coiano to San Gimignano are comfortable Sectionals 108 first and then 46, whereas both before and after addressing gradients that caress 4%, so not that much comfortable. On for Castelfiorentino from where it continues to Gambassi Terme: you go on sweets for four miles to reach and pass – or stop and admire – the Church of Santa Maria Chianni, rebuilt and empowered to hostel. Still hard and uneven bottom marked up to the Abbey of San Pietro a Cerreto, also accessible from the provincial, just go down a bit ‘. Next again until you see the towers of San Gimignano that approach; once 70, now much less. 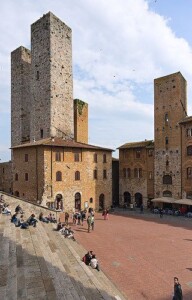 San Gimignano is Sce Gemiane Sigerico, nineteenth stage of his Way. Already important in the tenth century, the passage of the Francigena on the ridge makes wonderful around the twelfth. The towers as prestige of the merchant aristocracy that so did know of its importance and strength, here and around the world, where it leads saffron and Vernaccia. The City is growing and expanding, from self, along the route of the Via, with the triangular plaza for markets, festivals and tournaments. Then the Francigena from the ridge down to the valley floor, and this goes from San Gimignano, handing the village to History. But the magic that surrounds it is still so strong that, while we admire the wonder protrude below, we feel a bit ‘Knights too.