LONDON SKYCYCLE: A CYCLE ROAD SUSPENDED IN THE AIR 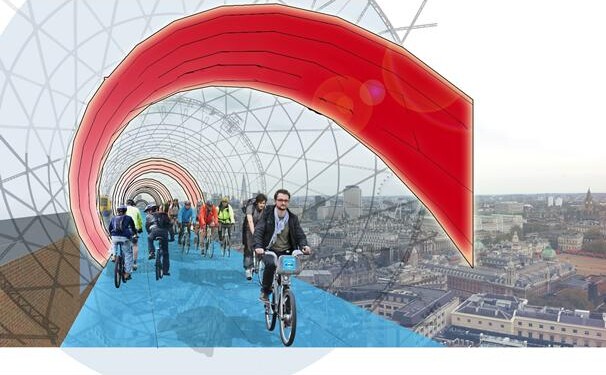 London will have 220 ​​km of cycle paths. After the Christmas holidays has been given the boot in the work of what appeared to be a project from the book of dreams: a cycle track suspended in the air.

It’s called Skycycle and was designed by architect Norman Foster. The only trails by bike will run over the entire rail network that runs through the city.

The need arises from an exponential increase of cyclists in the city of London and the parallel growth of fatalities due to the absence of security.

The project includes 200 access points, 10 lines can accommodate up to 12 thousand riders per hour. Once completed, Skycycle will allow 6 million Londoners to go to work by bike and safely. There will be a toll to be paid but will be much lower, so they say, at the cost of the ticket of ‘underground or bus.

The Mayor Johnson started the work of the first leg which connects Liverpool Street in East London. A privilege only for the two wheels to be able to fly over one of the most beautiful cities in the world!