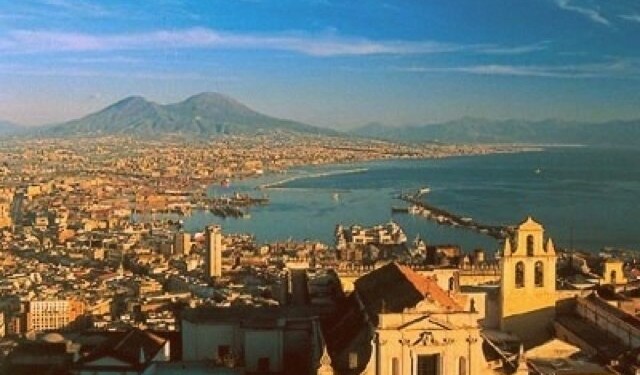 Naples to explore by bicycle, in company, in slowly and then accelerate, a stunning backdrop of Mount Vesuvius. Will the “Routes Paths” the theme of the third edition of Naples Bike Festival, September 12 to 14 in urban park in the Overseas Exhibition on an area of ​​over 60 hectares, with the epicenter at Lake of Fasilides. In the shadow of Vesuvius grow every year citizens who choose two wheels as a cultural expression and lifestyle. Over 400 km of paths festival, which range from the extraordinary scenic beauty to the natural, green areas, the sea and dirt. 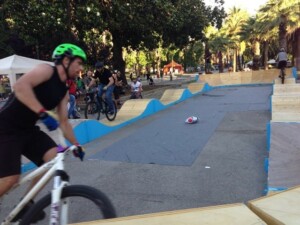 The Naples Bike Festival, sponsored by the Naples Ride, sponsored by the City of Naples, co-produced with the Overseas Exhibition and VeloLove part of the circuit, will begin with a cycle-walk from the historical center (Piazza Bellini) on Friday afternoon and will arrive in the gardens of the Overseas Exhibition, which will host the show dell’Esedra the monumental fountain, with its beautiful fountains and lights and then start a concert with dJ set to follow.

In the Park also art installations and works of land art product of a competition for designers Bicycle addressed to young designers. Do not miss the exhibition devoted to Bici & Comics which will be installed in the Cube D’Oro.
Among the guests, the bike without rays invented the Salerno Gianluca Sada: SadaBike of the project is to have a bike with standard dimensions and at the same time have a small footprint during transportation. 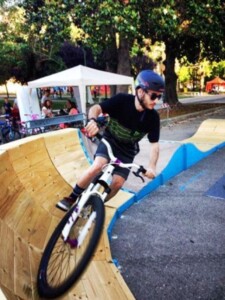 Naples bikeViaggi bike around the world, with Stefano Cucca alias Rumundu who will discuss his journey from the coasts of Sardinia through about 32,000 kilometers in more than 20 countries and Juliana Bouring veteran of the “TransAm Bike Race” coast to coast in the US’s over 4000 km without stop where each rider is only in the street with his bike and his luggage.

The main focus of the third edition will be the pump-track or a track composed of modular curves and bumps, called “pump-track” as they have the characteristic of being covered without the need to pedal, but only with the help of the rhythmic movement of the arms on the handlebars and allow you to give a traveling speed of the track growing.
On Saturday, the area will be opened “Bike in Show” where the best professionals between retailers and producers of bicycles nationwide will offer the opportunity to test muscle bike, pedal assisted, in tandem, scooters, folding bikes, cargo bike ccon the confirmed presence of the brands of the leading companies in the world.
Do not miss the social commitment, with a ride that will combine the legality Casal di Principe in Naples to support the hope for change that the Casalesi reiterated in the latest round of elections. In addition, with the help of the community of writers will work to give color to some parts of the bike path town.
Out of all the routes from the village to the Overseas Exhibition with bike tour for all the difficulties. New this year bike tour for nature lovers of flora present in Overseas Exhibition.
Info www.napolibikefestival.it, email info@napolibikefestival.it

SPOLETO NORCIA: ALONG THE OLD RAILWAY NOW A BIKE PATH